Once a dramatic backdrop to the Baker Bowl, The Ford Motor company constructed this 10 storey building that is still standing today at the intersection of North Broad and Lehigh Avenue. The structure was completed in 1914 with its 500,000 sqft of floor space that was used to produce Ford automobiles. The factory was able to churn out 150 cars a day that would be put directly onto Broad Street or shipped out through the rail spur located at the base of the building. During WWII the company shifted from car manufacturing to wartime material production such as helmets and vehicle components. Once the war ended and the company outgrew the site it moved to the city of Chester. The building traded hands after Ford vacated and ended up in possession of Cohen & Son’s in 1950, being used now as a garment factory. Producing suits, the building was renamed The Botany Building.

This building was key in the rebranding of the areas as “Garment Square”. This was an attempt to bring the area out of the postwar industrial decline that had been felt across the country. Cohen & Sons eventually left the building for a different address, laying off around 2,000 people. The company later declared bankruptcy and the building was sold to an unknown investor with an address in Long Island, New York. City officials and community development workers have ideas for the building, but first they need to find the owner. Since the day the last whistle blew, the building has sat on the corner of Broad and Lehigh begging for new life. The building is upkept and maintained despite it being vacant, the windows being replaced in 2014. There have been many proposals at re-use such as Temple University utilizing the building as housing. 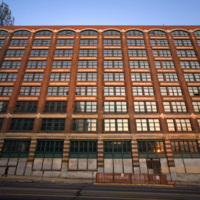 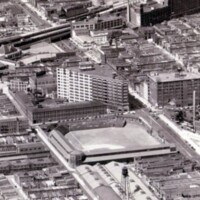