The Hardwick and Magee Company was a carpet manufacturer for almost 150 years in Philadelphia, with a portion of its time located and headquartered at Lehigh Avenue and 7th Street. Founded in 1837, Hardwick and Magee was one of the earlier manufacturers during the birth of the industrial revolution in Philadelphia. This would come to benefit the company as Philadelphia progressively became one of the most industrious cities in the country. In the early 1900’s, the city manufactured twice as many textiles as any other city in the country, and produced around one-third of the U.S.’s total output of carpets. At one point, just two city wards in Philadelphia were producing more carpets than the entirety of Great Britain and Ireland. Hardwick and Magee was a prominent carpet mill during this time, owning multiple factory buildings and employing a few thousand workers at its peak. The company did business in wholesale and retail; they made rugs, carpets, and even furniture. At this time, there were 5 showrooms in Philadelphia and others located across the country. During the 20th century, the company offered reasonable wages and benefits to workers who lived nearby and the employees were well organized. However, in the early 1970’s, the company went bankrupt and ultimately shut down. The factory was demolished and the land was redeveloped as a housing complex. The Hardwick and Magee factory is reminiscent of a certain time in American history, where there was an abundance of good paying manufacturing jobs in urban residential neighborhoods. 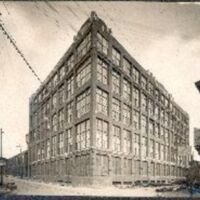 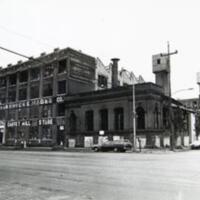