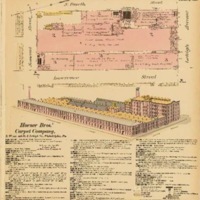 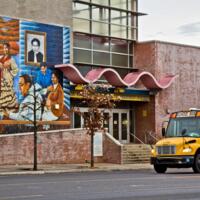 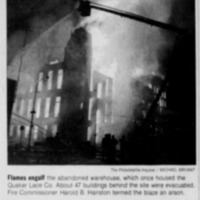 The Julia de Burgos Elementary School sits on what used to be the site of a lace factory. The factory was built in 1880 to produce carpets for the Horner Brother Carpet Company. It was purchased once more (in 1894) before it was incorporated under the name Quaker Lace Manufacturing Company in 1911. Quaker Lace operated until 1987, employing dozens of workers at its peak and using 80 looms for production. The factory produced nets for the military during the Second World War. The factory was sold some years after it closed. Shortly after that, in 1994, the empty warehouse caught fire and burned down, destroying twelve homes in the process. The Philadelphia School District purchased the land and built Julia de Burgos there.