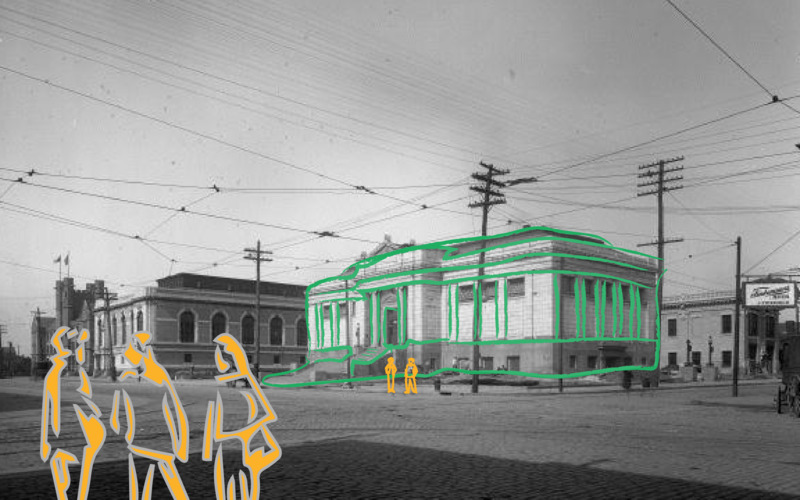 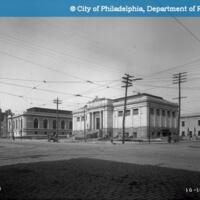 Originally known as the Lehigh Avenue Branch Library, this site was the third built with funds from Andrew Carnegie to serve the communities of Central North Philadelphia, Fairhill, St. Edwards/Hartranft, and West Kensington. Carnegie’s grant program went on to fund twenty-five branch libraries, which greatly increased public resources available to everyone. While this program provided the funds to build 1,679 libraries throughout the country, Philadelphia was one of the largest grant recipients for library construction. This library was designed by Hewitt & Hewitt, a Philadelphia architectural firm, and was opened on November 20, 1906. This site was one of the most elaborate and largest library sites in the city and, while there were talks about relocating the library in 1965, it was rehabilitated instead, in 1967.

This site was later renamed in 2005 as the Lillian Marrero branch, in memory of a dedicated librarian who worked there since the 1990s. She was a Puerto Rican immigrant who moved to the city with her husband and later completed a Ph.D. at Temple University. Lillian Marrero-Rios was incredibly dedicated to her community and even ran a food bank that is still serving their community. Inspired to maintain her legacy, this library is currently part of an initiative called the 21st Century Free Libraries, which rethinks the purpose of libraries in today’s world. In this way, they can serve their community in the most impactful way, through increasing digital literacy and access to resources.