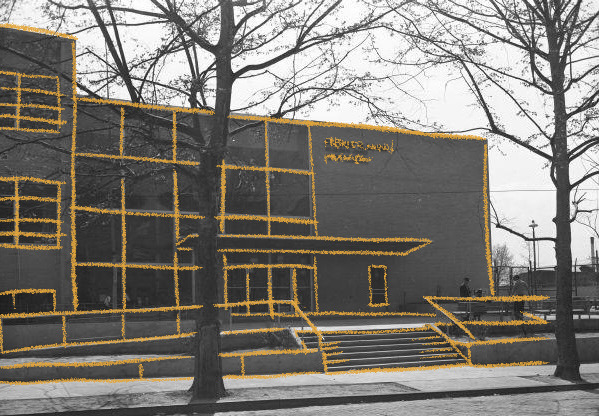 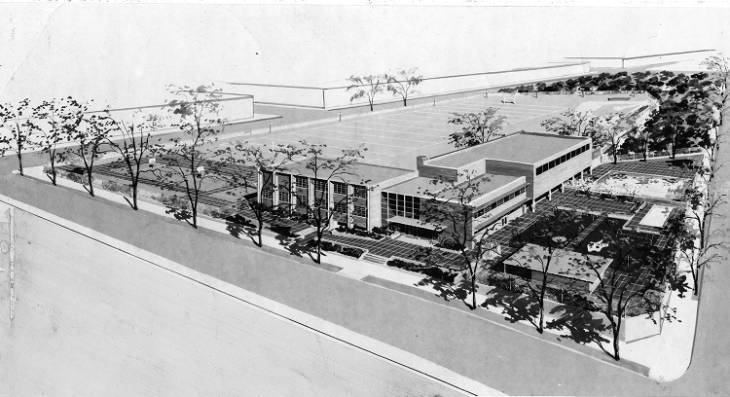 Now home to the Rivera Recreation Center, this 17-acre plot of land has served the community as a place to play and gather for over six decades. The first recreation center to stand on this ground, the Frederick R. Mann Recreation Center, was built in 1956. At the time, it was one of a many impressive facilities which earned Philadelphia its reputation as a world leader in recreational programming. The center was equipped with a swimming pool, athletic fields, a gymnasium, state-of-the-art playground equipment, and several event spaces. It hosted all kinds of activities, ranging from athletic competitions to theater productions. (The building also served as the original site of the Mann Center for Older Adults, which was relocated to a new building next door in 1980 and is still active today.) 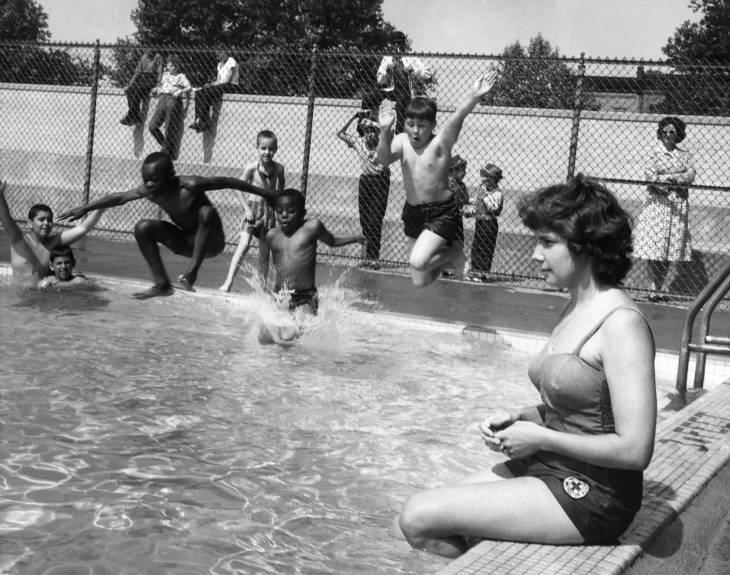 At the recreation center’s dedication ceremony in January 1956, Mayor Richardson Dilworth assured Philade­lphians that the facility would be, “properly staffed and maintained so adults and children enjoy its full use.” Unfortunately, the city fell short on this promise. During the 1970s and ‘80s, Philly’s recreation centers, including this site, suffered a long period of government neglect. At the same time, neighborhood youth seeking refuge from drug crime needed the recreation center more than ever. In 1979, the facility’s name was changed to ‘Joseph J. Hersch Memorial Recreation Center,’ but this simple rebranding did nothing to improve its condition.

Thanks to advocacy by dedicated community members, the facility finally received much needed funding for repairs in the early ‘90s. In 1995, the facility was rechristened again with its current name, Ramonita Negron Rivera Recreation and Community Center. In the years since, though funding for programming and maintenance has been lacking, hard-working residents have made Rivera Recreation Center a vital asset for families and children embattled by harsh neighborhood conditions. Today, the center provides after school activities, academic support, athletic programming, a public computer center, and community event space. The center is currently undergoing a $10 million renovation including building improvements, a new sprayground, and a community garden, and updated athletic facilities. To learn more about the ongoing project go to: www.hacecdc.org/mann-rivera-project/.

"And 5th and Allegheny, that was a rec center. I remember we used to go swimming there.  It's crazy."