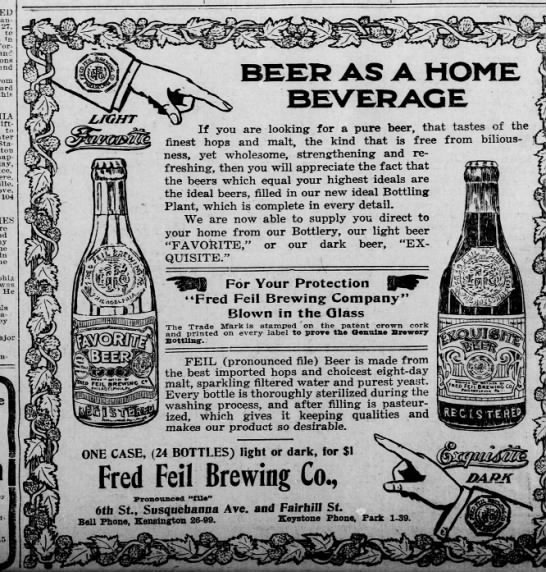 Advertisement in the Philadelphia Inquirer

Feil Brewery was started in 1887 by a German immigrant by the name of Franklin Feil. The brewery site started with one building in 1878, but eventually grew to occupy 7 lots by 1892. It was at its height of production during the late 1880’s all the way into the 1910’s. They created their own beer and bottles throughout three floors across the brewery. At one point,the Feil Brewery employed over 20 people, produced over 30,000 kegs of beer per year, and was one of the top 10 beer distributors in Philadelphia. 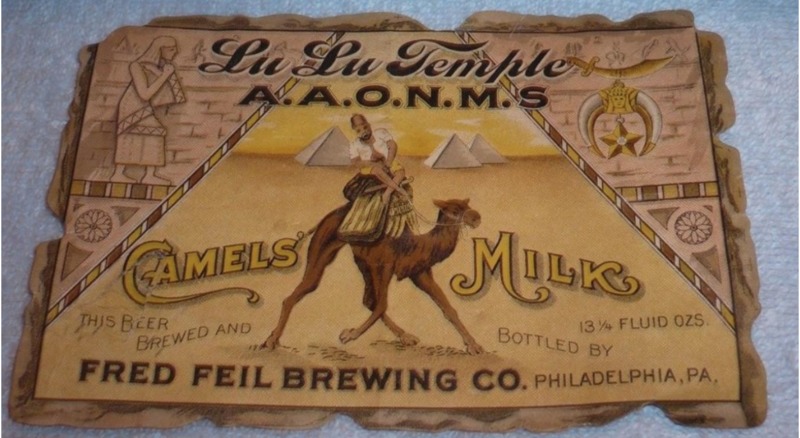 Franklin Feil handed his brewery down to his sons, Frank, William, and Otto during the 1890’s. Neighbors of the Feil Brewery got a good deal on beer: Feil would deliver 24 beers of any kind to your door for only $1. They advertised four types of beer: the Favorite Light, the Exquisite Dark, a stuttgarter, and a lager. What separated them from other breweries was the stamping and making of their own bottles which proved authenticity. During prohibition, the brewery used off-duty cops to help deliver beer.