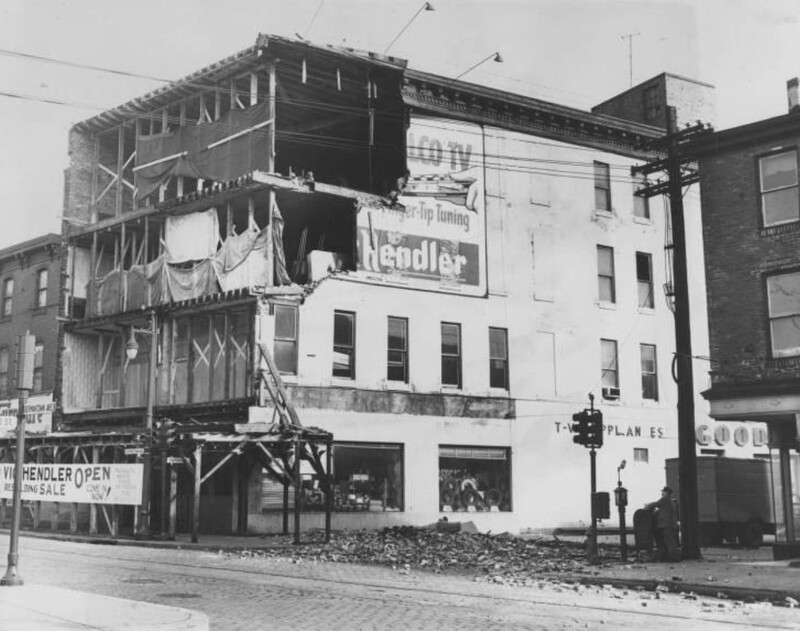 G.I. June’s specialized in supplying old and hard-to-find parts and was able to supply parts for cars that were over a half-century old. Originally named, GI Joe’s, the Owner Joe gave the company to an employee, June. The business opened in 1940 and then opened a second shop located at 4223 Frankford Avenue a few years later. Both stores were open 6 days a week including Sundays and open on holidays. GI June’s leased the second floor of 2101 Germantown Ave to a local air conditioning company. On the second floor facade is a faded advertisement of a penguin resting on an air conditioner. ¹

The artist Juan Dimida and his friends graffitied the building in 2004. The art was part of Meg Saligman's 'Passing Through' project with the Mural Arts Program. Juan said, “June would let my friends and I paint graffiti murals on that wall. He and his family were very supportive of the arts and local culture. In planning the mural, I went to the wall early in the morning and wrote down what I heard. There were people dropping off their cars at the garages and roosters crowing. That's why there are chickens in the mural. There is also abstracted text in the background and on the painted fence.” ² 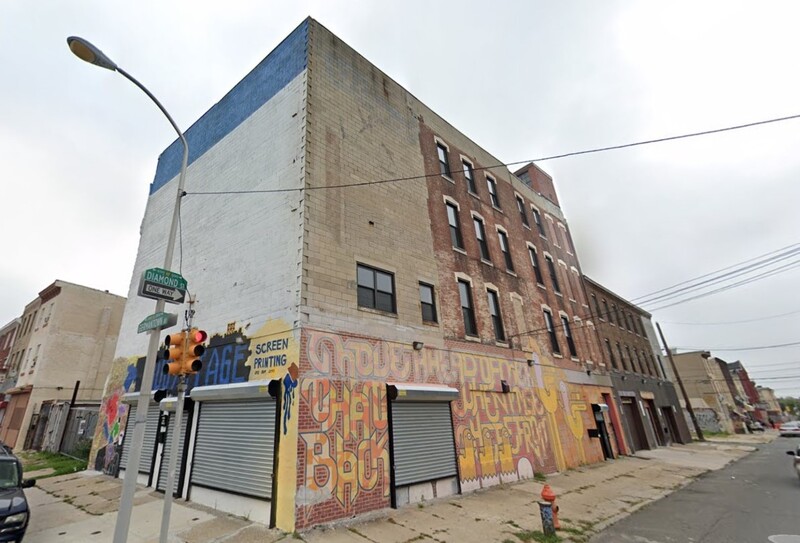 "I remember this building, it used to be an auto parts store, like an auto zone. I would go there with my Dad sometimes. It was fun because I got to spend time with him. He was a delivery man for Klein’s Supermarket and would go after work sometimes. Neighbors would run errands for each other, because not everyone had a car. I knew that if I went to the Auto Store with him, I would go to Dawn Donuts afterwards."

"June took over the business from GI Joe and he named it GI June’s. His family ran the business then so I went to them and asked them hey can we paint this wall. It's been a while, you know, since we painted it, it's blank now and he was like, Sure, go ahead. He's really supportive of it."

Juan Dimida on his art inspirations

"All my friends were into graffiti, pushing it, it was everywhere and, you know, I just got inspired by everything I saw and the 5th and Cecil B Moore wall there, that was a big wall that periodically got painted and there were people painting there all the time."

Juan Dimida on his mural at June's

"When I was a teenager, probably like late 90s. We would try to do murals in places and sometimes people really didn’t get it or they didn't want to see it. Especially with graffiti style stuff. Sometimes they may be open to the idea of a mural but they want to see certain imagery. But, June was like, ‘ya you can put whatever you want, there’ and that's kind of rare, you know."