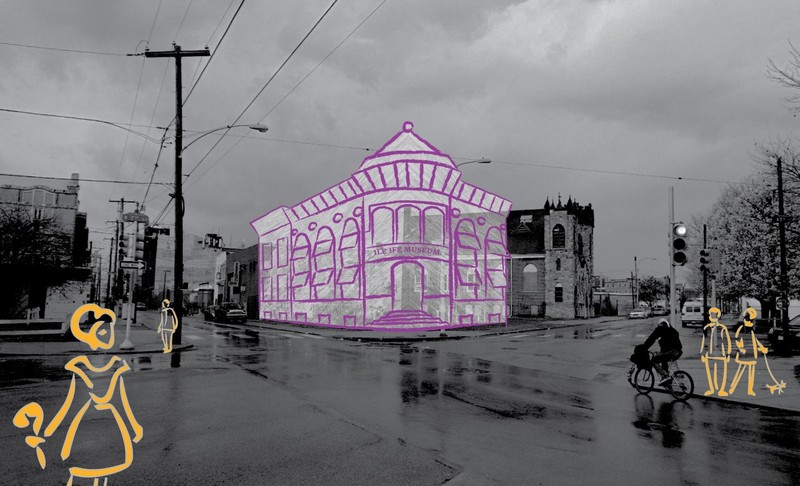 A rendition of the Ile Efe Museum, in the location where it once stood.

The Ile Ife Museum was a museum of Afro-American Art from 1972-1985. The building was a gift to Ile Ife from what was then First Philadelphia Bank (now CoreStates), and with its Masonic design was on the registry of historic landmarks¹. In an economic boom in the 1880’s, Edward Tyson founded the bank in 1893. The building was adorned with wide arched windows, pink granite steps, pressed tin decorations, and a crested metal roof.

Ile Ife in the Yoruba language means House of Love. It is the Holy City of Yorubaland, the birthplace of the Orishas. The Ile Ife Black Humanitarian Center opened this museum to display African and Caribbean artworks, tools, and masks; in aim to provide many residents with an opportunity to learn about their roots. “A man without knowledge of his history is like a tree without roots”.¹ The founder, Arthur Hall, wanted to spread African folklore in America. He was a professional dancer, and used his talents to mix modern and traditional methods of African dance.

Ile Ife had influence throughout Philadelphia and the United States. For many years a copy of the Queen Mother (pictured below) gazed out over North Philadelphia from atop the Ile Ife Museum toward William Penn atop City Hall¹. 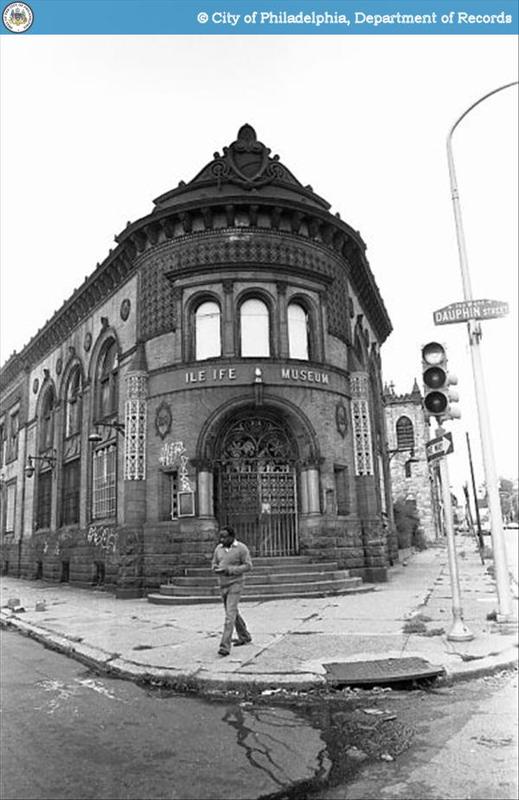 The Museum held the first sale of items from Kenya in the United States, an event that Kenyan Ambassador Peter Mbogua attended. Other events were held, such as a Nigerian Weaving Fabric Show and a Halloween Disco. At the museum, Hall also held dance classes for $4 per session.

“The first Afro-American museum in Pennsylvania is a dream come true for those seeking to identify their roots and shape their destiny. A man without knowledge of his history is like a tree without roots. Housed in an historical landmark donated by the Philadelphia National Bank, the Museum contains art and artifacts that trace the migration of African people from the shores of West Africa to Haiti and the Caribbean to the contemporary flowering of the African American expression personified by the Ile Ife Center.”

In 1989 Ile Ife closed and although the building was on the Registry of Historical Landmarks it was torn down in 1997. Within those eight years the museum was gutted and covered with graffiti.

"I remember that the architecture of the African American museum was just gorgeous. It had similar colors to the Philadelphia Art Museum – like teal and gold colors. I was shocked when they knocked it down. The museum was never open during my teenager years so I never got the chance to see the inside."